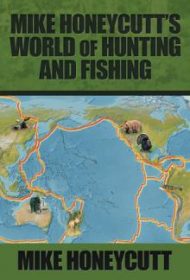 Mike Honeycutt has spent decades hunting game around the world. He has stalked elephants, hippos, elk, caribou, antelope, polar bears and countless other species. This memoir describes his adventures.

The book consists of 27 short chapters, mostly in chronological order and each detailing an individual hunting trip. Chapters include tales of hunting moose in Russia and elephants in Botswana (although he notes that the animals spotted were too small to shoot), excursions to Zimbabwe, the Gobi Desert, Tajikistan, South Africa and more.

Unfortunately, the narrative suffers several flaws. The author often focuses intently on plane rides and other, less interesting, aspects of his trips, while leaving out potentially exciting details about the physical and mental challenges of tracking game and the overall drama of the hunt. Other kinds of Important detail are also oddly omitted. Honeycutt writes, for example, that after one hunting trip, while waiting to catch a Concorde out of Paris, he sat down with “the president of the United States and his wife.” Frustratingly, he never identifies the president (it appears to have been George H.W. Bush).

The narrative is also hampered by editing issues, including problems with tense (“After several days of hunting, we had our quota of elk and was ready to descend the mountain …”) and confusing passages (“I flew home after the weekend, which, by the way, is usually a no-no when you are on an international schedule, but the airline needed off, so they gave me the weekend off”). The dozens of photos in the book have no captions.

The book’s audience is likely small. Non-hunters will be turned off by the subject (the idea of killing 10,000 birds in one day and having them fed to hogs will trouble many such readers). Meanwhile, serious hunters will wish for more details of the hunt itself.

The fodder for an exciting read clearly exists, but the book requires revision in order for these stories to reach their potential.