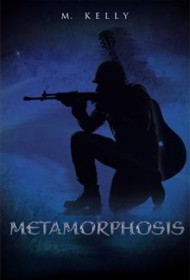 M. Kelly’s new novel, a sequel to her Pathways in the Mind, follows three men as they try to build meaningful lives and cope with memories of a dead woman they all loved.

Riccardo Rodregious, a Greek shipping tycoon, is mourning the death of his wife, Marion. Marion, an empath, was a calm, intelligent presence in Riccardo’s life, a woman who refused to let his sometimes abusive behavior faze her.

Marion’s two bodyguards, Flynn and George, were also deeply attached to her. But, unbeknownst to Riccardo, the two men are British military intelligence operatives who work security during breaks between missions. Some of Riccardo’s business associates are international criminals, and when Riccardo re-hires Flynn and George two years after Marion’s death, their higher-ups enlist them to spy on him while in his employ. Meanwhile, Riccardo is wooing a young American heiress, Selina. As Flynn and George reintegrate themselves into his household, all four characters find themselves haunted by memories of Marion. Flynn, in particular, senses that she may be reaching out to them from beyond the grave.

Kelly creates fundamentally strong, archetypal characters, and readers will easily find themselves invested in their fates. But rather than simply allowing their words and deeds to speak for themselves, Kelly frequently stops to explain how their personalities and past experiences inform their actions. These passages slow the book’s momentum.

Metamorphosis also suffers from some unbelievable plot points. For instance, it is unlikely that a child of privilege, however sheltered, would demonstrate Selina’s complete lack of knowledge of how a computer works or of the existence of online shopping. It also strains credulity that control freak Riccardo would fail to notice Flynn’s and George’s snooping.

Kelly has created three compelling protagonists, and her blend of espionage and the paranormal is potentially intriguing. But the novel requires streamlining and revision with an eye toward credibility in order to appeal to a wide audience.