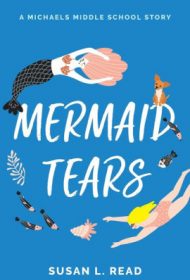 Written in first person, Sarah takes us from the end of elementary school to the summer before seventh grade. She describes getting bullied, her countless failures in school and how she lost her best friend after having an angry outburst. She also describes how, on a Girl Scout camping trip, she left her tent and mindlessly wandered all night long, with no clear recollection of the event. She discusses her preoccupation with mermaids: “I often wish I were a mermaid, a mythical being of great beauty with the vastness of the world’s oceans as my playground.”

Like a diary, much of the prose comes in snippets, with many passages that prove inconsequential and don’t merit inclusion. For example, Sarah writes frequently about snack and dinner items. Such moments bring an abrupt halt to the narrative, diluting its emotional impact, as do some of Sarah’s statements that sound unnatural and uninspired: “Janet has proven herself to be a wonderful cookie maker on many occasions.”

However, other passages powerfully capture Sarah’s feelings, such as when she refers to her brain in a poem: “Out of control./ Calm one minute./ Destroying everything around me the next./ The shock waves/ radiating outwards./ No end/ to their destructive power.”

Read ably portrays the loving relationship between Sarah and her grandmother and the evolution of Sarah’s relationship with her perpetually busy parents as they waver between anger, disappointment, confusion helplessness and worry. Nearing the book’s end when Sarah gets help, the writing becomes smoother and more focused. Her metamorphosis is hopeful but also realistic.

As is, the book is more of a wandering documentation of a young girl’s mental health crisis than a cohesive story. But with its sympathetic character and upbeat ending, it could reach readers after careful revision.