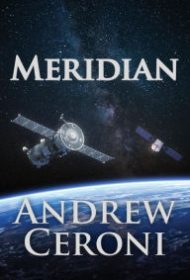 In this spy thriller with science fiction overtones, the CIA is charged with protecting a top-secret asset who has the ability to prevent Armageddon.

When Tony Spencer, a former CIA agent, dies unexpectedly just after leaving the agency, it begins to look more and more suspicious. CIA agents Pete Novak and J.T. Brannon quietly begin to investigate, only to find that the organization may have a group of rogue agents, and that a top-secret asset is more important than they could possibly know.

Matters become more complicated when the agency loses track of a Russian-controlled spy named Laszlo Csengerny, who is trying to kill the asset while dealing with his own demons. When Novak is assigned to find Laszlo and eliminate him at all costs, he suddenly discovers whom and what he’s up against in order to prevent world destruction.

Author Andrew Ceroni, a former special agent with a federal agency, clearly knows his way around the workings of a less-than-transparent CIA. As spy thrillers go, the book has all the right stuff: gun battles, car crashes, spy vs. spy action. But the narrative is overplotted. The author seems to be throwing everything he’s got at his story as he zigs and zags from conflicts at the CIA to intertwining personal stories to philosophical discussions about the nature of religion and the future of mankind.

Often, the events feel trumped up for plot purposes, such as when Novak unlocks the secret of Tony Spencer’s dying gasps after his daughter mispronounces a word during a family discussion or the seemingly irrational hatred Novak’s wife’s feels for J.T.

Some revision would improve the story; if Ceroni could slow down the action and operate on the theory that less is more, he would likely have a first-rate thriller. Nonetheless, the novel has pace, and readers’ desire to verify their suspicions about what or whom the government is protecting will likely propel them straight through to the end.