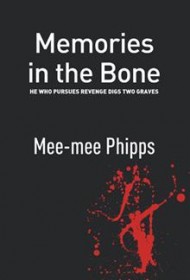 In this ambitious, highly atmospheric historical novel set in the late 1800s, protagonist Zhou Yu is introduced when, as an impulsive 22-year-old, he joins his two brothers who are soldiers in China’s Taiping Rebellion, the abortive attempt to defeat the Qing dynasty. After both his brothers are killed, Yu flees for safety when the Qing rulers crush the rebels.

Reluctantly leaving his aging father, Yu spends grueling years mining for gold in Australia, enduring the enmity of the white prospectors, who address all Chinese by the demeaning soubriquet “Johnny.” After foolishly wooing a white woman and fighting with her brothers, Yu goes on the run again, this time to New Zealand where he lives in a primitive Maori village. Meanwhile, he has made a brief trip home to China, married a servant of his father, and conceived a son. But the memory of an atrocity he committed during wartime renders him unable to love his wife, and it isn’t until he is freed of this burden by saving the life of another woman that he’s able to move on.

Phipps is a graceful writer, particularly adept at describing places and events with vibrant and keenly observant details. She doesn’t shy away from recounting such grisly events as executions, decapitations, battle combat and cannibal sacrifice in stark language, and she clearly conveys the starvation and disease endemic to the era. Her assiduous research provides fascinating cultural and social details of life in China during the 20-year Taiping turmoil; she’s equally interesting when describing the gold fields in Australia and daily life among the Maoris. (A glossary translates Chinese and Maori terms.)

The dramatic momentum lags somewhat toward the end, when many events are related in epistolary style, and some readers may be disappointed in the ambiguous ending. Still, the novel more than succeeds in fulfilling Phipps’ objective, formed after a four-year residence in China: to describe the Chinese diaspora that scattered her ancestors.