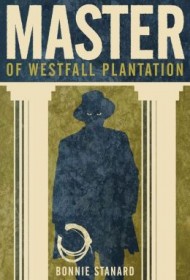 This engrossing historical novel set in the slave-era South chronicles life on a plantation under the iron fist of master Tilmon Goodwyn, who by the author’s account, “believes a woman can only be a wife, a negro a slave, and a plantation owner lord and master.”

As the story begins, Tilmon is attempting to win a court battle against his uncle, who seeks restitution for the loss of his buggy and horse after it was wrecked in a crash as Tilmon’s young slave drove it. The slave also died, but Tilmon’s only concern is the money. It is an effective early glimpse of the domineering, cold soul soon to be revealed.

Back on the plantation, Tilmon conducts business, doles out punishments to his slaves and oversees the household he shares with his children and wife, Georgiana. But while Tilmon may be master of his domain, others have their means of assertion, too. His mother, from whom Tilmon hopes to acquire property, has engaged a painter to render her portrait—and perhaps, more; meanwhile, Georgiana schemes ways to reconnect with her foster father, a liberal, anti-slavery preacher. And while Tilmon may break the slaves physically, he does not always break their spirits.

The writing is descriptive and colorful, as in this passage describing a Christmas Eve party: “Gilded mirrors reflected the refined ladies in satin gowns and stylish gentlemen as they dipped and swirled in contras. Even negroes in the orchestra were dressed in best broadcloth. Bouquets of just-cut camellias flourished in ivory vases.” (Squeamish readers should be forewarned that it can also be quite graphic, describing the whippings and illness in sometimes vivid detail.)

The plot gains speed quickly, peopled by a range of fully rendered characters, who are original, sometimes damaged and occasionally surprising. Gritty and unsparing, this is an absorbing, well-paced read, sure to please a wide variety of readers.