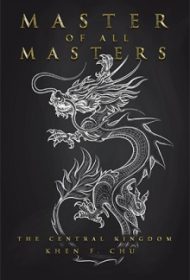 This action-packed novel, the first in a series, takes place in the fictional Central Kingdom, where martial arts are widely taught and highly prized. Burnu, a young man with incredible skills and unusual powers, travels throughout this world, learning about the different martial arts schools and becoming an expert in each of them.

This is a world where warriors can harness their qi, or inner energy, to perform amazing feats, such as projecting their thoughts into other people’s minds, or healing injuries. Taking a special pill as a child allows Burnu to use his qi to quickly pick up each school’s techniques. Along the way, he makes friends and helps investigate mysterious deaths. The book alternates between training sessions, scenes showing the political intrigue brewing in the Central Kingdom, and life-or-death combat.

The novel does a nice job describing the seven different martial arts schools and their varying fighting methods, from the students of Hand Combat, who use butterfly knives, to those of the Acupuncture School, who utilize flying needles. Towards the end, a massive contest against the Central Kingdom’s enemies, the Yuan, demonstrates each school’s fighting skills, and shows Burnu’s mastery of every school.

The book delves into nearly every characters’ backstory, and sometimes it can be difficult at first to tell what is set in the present and what takes place in the past. There is an exciting subplot involving a secret group of assassins that’s left hanging. Hopefully, future novels will continue that story. And while the final contest certainly keeps readers’ interest, the stakes seem rather low, as warriors “tap out” before suffering any serious injury.

Still, with an intriguing story, good pacing, and an easy style, fans of martial arts and adventure stories will likely enjoy this novel.