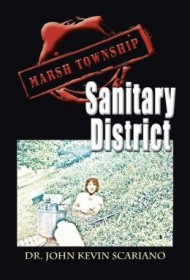 The inner workings of a city sanitary district sounds like a highly unappealing book topic. Yet John Kevin Scariano pulls off the seemingly impossible with wit and candor in succinctly (often disgustingly) describing details from the two summers he worked in the depths of excrement in a Chicago suburb during the mid-1970s.

Scariano’s father arranged for his son to be hired at the water treatment plant to teach him the “value of a dollar.” His job essentially was to wipe raw excrement “with the consistency of latex paint” off pipes, work that eventually led him to contract an infectious disease and nearly drown in liquefied feces.

This intelligent, engaging and colorful memoir is tightly constructed and vividly penned, with nary an excess word or sentence. It captures not only the unappetizing parts of how sewage is processed in all its inelegance, but offers a glimpse into corruption and crime in Chicago Heights and Park Forest, where Al Capone and fellow gangsters once reigned with bootlegging activities and houses of ill repute. Scariano also richly captures the language of the local Italian working-class men (“sanguiches” for sandwiches) while relating often-absurd interactions.

Overall, the author (now a researcher in pathology and internal medicine at the University of New Mexico’s School of Medicine) delivers a lively, original story. It’s a sparkling gem of a book filled with moments of absolute hilarity while offering a glimpse into a world where few are willing to venture. Marsh Township Sanitary District deserves a wide distribution and audience.