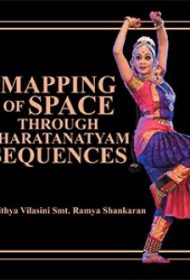 In Mapping of Space Though Bharatanatyam Sequences, Ramya Shankaran explores the relationship between Bharatanatyam, an ancient form of Indian dance, to space and architecture. Shankaran also touches briefly on the history of the Bharatanatyam.

The Bharatanatyam, Shankaran indicates, may be “comprehended as a sequence of stances which is interconnected with the movements, instead of simple continual exploration of space.” The dance relates to and affects space through its use of constructs such as thresholds, pathways, boundaries, centers and focal points. The dancer may also use her limbs to carve mandalas, squares and triangles. Shankaran provides detailed descriptions of three dance sequences to illustrate the dancer’s physical communication with space. She also supplies color photos of the dancers in various positions.

As obvious from the above examples Shankaran’s text is often abstract, which can make it difficult to understand. It is also impaired by many technical errors, such as run-on sentences, fragments and tense agreement problems. Often the wrong words are used, and some sentences are too scrambled to be comprehensible, such as: “This book particulars about movements of limbs… and amalgamation to formulate sequences in unique sense.” Or: “Bharatanatyam, the elementary stances are firmly shadowed, in themselves articulate all the most important principles ensconced with in [sic] the dance form.”

Despite some interesting premises, this book requires revision with an eye to correcting grammatical issues, in order to be more accessible to readers.