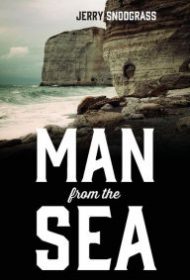 This story is rooted in the chance encounter of a young man and woman in Le Havre, France during WWII.

When Gabriella Roux, the single mother of two-year-old Celine, and Percy Ward, a lieutenant in the U.S. Navy, meet in a park, the attraction is instant. While Ward is due to ship out, they agree to meet again when he returns for a few days of liberty. Romance ensues.

But wartime love stories are tricky business, and the pair face many challenges and long separations. When Ward is not slipping off ship to see Roux, he is leading a commando team as they fight alongside the French Resistance. Two years after the couple meets, WWII ends, Ward returns to the U.S. and commits to a career with the Navy. But the story of the young couple, though interrupted, has only just begun and will in time have impacts far beyond their two lives.

This tale is part romance, part war story and also one of friendship and intrigue. Roux and Ward, it turns out, both have their secrets. Still, despite the dark tone associated with war, this is generally a sweet story with unexpected turns.

However, it does suffer from a few missteps, including overly dramatic language, such as when Roux cries, “Take me, my love, take me now.” And Ward’s responses don’t always seem to match his reactions. (In one scene, for example, Roux kisses him firmly on the lips; he gently pushes her away; she kisses him passionately; he apologizes for moving too fast.) While these are minor issues, they are distracting and undermine the author’s skill, especially coming so early in the story, as they do.

Such issues aside, this a well thought out tale spanning numerous generations and coming full circle at its close. It will be enjoyed by fans of WWII stories and romance.