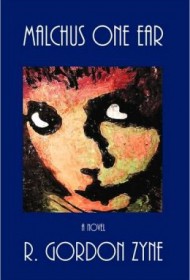 Angels and demons fight a spirited battle for the souls of the staff and residents of a rehabilitation center located on the seedy side of Brooklyn in this intelligent thriller reminiscent of Frank Peretti’s This Present Darkness.

It’s 1975 and Dr. Daniel Aarons has been hired as director of the rundown drug and rehabilitation center. His spiritual battle begins when Daniel tries to save the center from an imploding budget and evil bureaucrats. He confronts the powers of both demons and angels who, each in turn, attempt to draw him either away or toward God. Daniel is strengthened in his spiritual awakening by a Messiah figure, Malchus, a severely disabled resident, and taught the healing power of relationships through the center’s receptionist, the complex and artistic Stephanie Croix.

Minister-author R. Gordon Zyne creatively exposits Judeo-Christian beliefs as plausible and attractive and weaves this belief system throughout the dialogue and the soulful soliloquies of various demonic, angelic, and human characters. A deep consciousness of the human plight and struggle for meaning is reflected in the characters’ points of view: “A deep blue mist seemed to hang in the room. The two men, both survivors of the Nazi camps, stood in their . . . shrine to sanity and insanity . . . sentinels gazing out across a decaying urban landscape. Beneath them was the dirt and grime of a human-littered forest floor. They tripped over the bones of long-dead dreams and picked at the scraps that dangled from low branches.”

While such passages are intriguing, the author could have achieved even stronger plot and character development by relying less on a frequent omniscient voice in favor of sustaining individual points of view more thoroughly. At times, lengthy omniscient narratives dilute the reader’s understanding of the characters’ evolution or devolution, which is the story’s main focus.