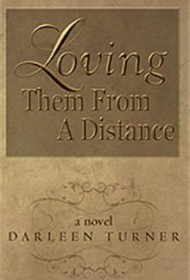 The story opens as Kate mourns the loss of her daughter, Angel, who, though still alive, has cut herself off completely from Kate. Eventually, Kate comes up with a plan: she disguises herself and sets out for her daughter’s last known location. Then an extended series of flashbacks begin, forming the bulk of the novel while revealing the many trials mother and daughter weathered together.

First, Angel becomes partially deaf, which makes her a figure of fun for the other girls in her skating class. Then, an accident and illness kill her father (Kate’s first husband, Ben) and baby brother. Soon after these terrible losses, Kate meets a widower named Jake, who marries her and dotes on Angel.

But loving parents are not enough to keep Angel out of trouble. Increasingly rebellious, she runs away with an older man. When Kate tracks her daughter down, she finds that Angel suffers from a life-threatening kidney condition, and makes a decision that will have irreparable results for the entire family.

The often-fraught relationships between mothers and daughters are fertile ground for successful novels, as books like Larry McMurtry’s Terms of Endearment have demonstrated. But Loving Them from a Distance is too haphazardly plotted to achieve an emotional impact. Though the present-day material about Kate’s anguish at being separated from Angel is sometimes powerful, the flashbacks are often poorly paced. The tragedies that befall the family feel piled on, added to spice up the plot rather than having developed organically. In addition, the narrative suffers from frequent, unannounced point-of-view shifts that prove confusing.

These structural problems are likely to keep Loving Them from a Distance from speaking to readers, even those invested in the subject.