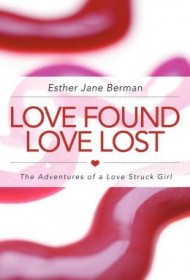 Esther Jane Berman’s path to adulthood coincided with a revolutionary time in the U.S. when women sought independence through better education and careers. Her memoir, covering the first 30 years of her life, from 1948-’78, highlights her determination to reach lofty goals despite difficult obstacles.

Berman’s mother met her father when the young soldier was stationed in England during WWII. She followed him to the U.S; they married and Berman was born. The marriage fell apart seven years later and Berman and two younger siblings were shipped to England to their grandparents’ house.

At age 14, the children returned to the U.S. to live with their mother, who constantly changed jobs, struggled to pay the bills and neglected her children, while having more children with other men. After Berman was forced to quit school to care for her half-siblings, she angrily left home for good at age 17. Finding herself pregnant, she married the baby boy’s Turkish father. Berman soon became disillusioned with her marriage, desiring only a high school diploma, further education and a career. She eventually earned a master’s degree from Rutgers and became a teacher.

Unfortunately, the author also ties the time periods of her life to an overabundance of detailed references to famous events. Frequently, the historical occurrences are jarring non sequiturs, such as when Berman jumps from talking about teaching as an adventure to the unexpected “adventure” of Lynette “Squeaky” Fromme’s attempted assassination of then President Gerald Ford.

Equally problematic are the author’s frequent misspellings (“chow” for the Italian “ciao”), word misusage (“cow-tail” for “kowtow”) and many trite phrases (“pot calling the kettle black”).

In short, while this exceedingly long memoir has high points, its many errors and encumbrance of historical events likely will keep it from attracting wide readership.