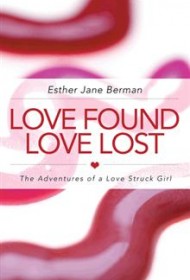 This lengthy memoir, covering just the first half of the 67-year-old author’s life, tells a story of perseverance in the face of hardship.

Berman grew up poor and was pulled out of school by her mother to rear her siblings. With determination, she attended night classes to earn her high school diploma at age 21, even as she reared her own son and waitressed. By book’s end, she is a language teacher with an M.A. in her home state of New Jersey.

Relentlessly upbeat, Berman candidly touches on the abuse, neglect, and deprivation she endured at the hands of various childhood caregivers, even as she never lost sight of her goal to educate herself. She mentions striking her young son and being struck by and cheated on by her misogynistic Turkish-American husband, but conflict is downplayed in favor of the mundane. The best passages describe her experiences as a devoted mother and student navigating the era’s racial and feminist upheavals; she brings a refreshingly broad and compassionate view of human nature.

While Berman’s life story is commendable, the memoir is written as if Berman wanted to record memory she has. Her writing style is pleasant overall, and descriptions of her many long-time friends and colorful relatives are evocative. But pages of banal dialogue (“’I saw Carol.’ ‘How is she?’ Paul asked. ‘She seems O.K.’”) do not move the narrative forward in a compelling way, and irrelevant descriptions of current events and mundane correspondence reprinted verbatim make the book feel even longer.

Despite the title, the theme of love found and lost is not woven into the narrative. The memoir ends abruptly, without indicating what ultimately happens to the author and her son, let alone other characters we’ve met.

Berman’s warm voice and valuable perspective deserve to be heard, but unfortunately, this book isn’t the best messenger. There’s a compelling (much shorter) story in here somewhere, should she choose to tackle a revise.