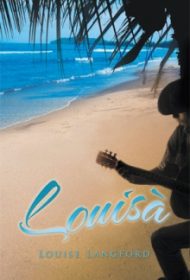 Louise Langford was a lonely widow in Montana when she saw a church bulletin ad in the spring of 1994: “You, Too, Can Be a Missionary.” That August, just shy of 62, having never left the U.S. or seen an ocean, she flew to Honduras to teach second grade, an adventure she thought would last a year. It lasted 17. This book is her moving account, as narrated by a stuffed bear the author buys and brings with her to Honduras.

Langford didn’t go without trepidations. “I just know they’re going to cook you and eat you,” her daughter said. While that didn’t happen, plenty of frightening things did. Langford was robbed at gunpoint, infected with viral encephalitis, and trapped in a beach cabana during Hurricane Mitch, which killed 7,000 outright; another 6,000 went missing and were presumed dead. Donations from her fellow Montanans paid for the food and supplies she drove into the mountains to deliver, dodging mudslides and machete-wielding would-be robbers en route.

Nothing in her previous life had prepared her for the lawlessness, relentless heat, poverty, , guns, and spousal and sexual abuse that were the norm in her adopted country. Despite the hardships, she fell in love with the tropics’ lush vegetation and the generosity of its people, particularly a handsome mariachi named Chon who became her protector and companion.

Louisà is beautifully written and perfectly paced; as the story unfolds, we see Honduras through the author’s eyes. Vivid description gives way to moments of real suspense, such as when a robber kills a man on a bridge she has only just crossed after having been robbed herself. “She realized how foolish she had been and again reminded herself of where she was. Third world, Louise, third world.”

The book’s only misstep is its stuffed animal narrator, an artificial device unbefitting a story as real as this one. That aside, this fine narrative will hold great appeal to seasoned travelers and armchair adventurers alike.