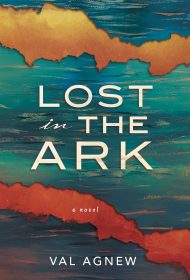 Eighteen-year-old Kate Bennett’s difficult mother has just died, leaving Kate’s father and two younger sisters adrift. Kate blames herself, as her mother had a stroke upon learning Kate would be attending an evangelical bible college, against the family’s wishes.

Nevertheless, she sets out for The Ark, a church and school run by the charismatic Pastor Steve. She accustoms herself to its strict rules and to her quirky roommates, including glamorous, rebellious Bobbi.

Pastor Steve’s handsome nephew, Luke, encourages Kate in her faith journey. Their relationship quickly intensifies, and Kate finds herself being groomed for the role of a pastor’s wife. Yet, although she longs for the stability and purpose her new life offers, Kate also questions The Ark’s teachings about the role of women. And faced with Luke’s physical standoffishness in the name of premarital chastity, she grapples with an attraction to Nick, an earthy colleague at her off-campus job.

When Bobbi suddenly leaves the school, Kate sets off to find out what happened to her — eventually uncovering disturbing revelations about The Ark that force her to reconsider her path.

Kate is a terrific, layered main character, offering a relatable mix of strengths and weaknesses. She possesses a genuine faith in God and desire to do good, but her devotion is entwined with a need to escape the complications of her everyday life. And although a bit of a pushover in her initial enchantment with Luke, she proves herself a strong and loving friend to Bobbi.

Agnew also excels at depicting the complexity of Kate’s relationships with her family. For instance, Kate slowly and poignantly acknowledges that her harsh and sometimes unloving mother’s legacy has a positive aspect as well.

With its believable, engaging protagonist and multi-faceted plot, Lost in The Ark offers its young- and new-adult audience a fully satisfying read.