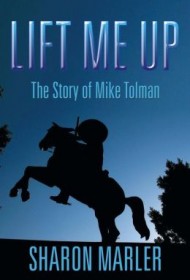 This story recounts the life of a man who died much too young. While it reads like fiction, the epilogue indicates the story is based on the life of a real person named Mike Tolman.

The novel begins when Mike is just a child learning the ways of life on both his parents’ and grandparents’ farms. He is a well-behaved boy, eager to please and with a good heart. Soon, he has new neighbors, including Spike, a young boy his same age. This child is the stark opposite of Mike: mean-spirited and without the moral guidance from which Mike benefits.

As Mike grows up, he ponders the Mormon commitment to volunteering as a missionary but is reluctant to leave the farm work to his aging parents and grandparents. One afternoon, he rides to the top of a nearby mountain to ponder his decision. There, he feels God in the beauty of nature, but on the way home, he encounters evil, as he sees Spike torturing an animal.

Soon thereafter, he makes his decision about the mission. He also meets Jessica, a young woman he hopes to marry, but she believes they shouldn’t be in contact until her own mission work is finished.

This is a lovingly told story, cleanly written and edited. It seems clear the author intended to honor the memory of this young man, and largely she succeeds. However, the story falters in its reliance on stereotypes and one-dimensional characters. Mike and his family are so good as to be nearly perfect, while Spike doesn’t have a single redeeming quality. Such lack of depth makes it hard to believe the characters are real (though it can also be a pleasure to read of their commitment to living compassionate, honest lives).

Despite these issues, the novel is worth reading and will likely hold the most appeal for the friends and family of the real Mike Tolman, as well as members of the Church of Jesus Christ Latter-Day Saints.