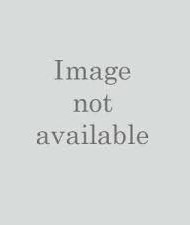 In this motivational book, author Michael Ditchfield pays tribute to the late Noel Cunningham, a well-known Denver, Colo., chef whose passion for helping the children in Ethiopia led Ditchfield on his own journey of self-discovery.

Ditchfield, a former Brit and professional athlete who lives in Denver, was introduced to the Irish Cunningham at the latter’s restaurant. The sparks flew, but soon they would become fast friends. Cunningham eventually took Ditchfield with him to see Project Mercy in Ethopia, a model plan that provides education, skills, and tools for the future to those in need. Ditchfield uses lessons learned there, and on subsequent trips to Rwanda and the Sudan, to encourage others to move out of their comfort zones.

Ditchfield shines when he talks about his own experiences, such as accompanying one of the Lost Boys of Sudan back to his homeland. Unfortunately, he limits himself with an overly clever format for the book, dividing it cookbook-style into headings such as, “Main Course,” or “Dessert.” The nine lessons (of the book’s subtitle) are given cute subheads such as “Just Add Water – Simplify Your Life” or “Preheat the Oven – Check Your Temperature.” To make them work, Ditchfield is forced into awkward phrases such as: “Preheating your own personal oven allows you to prepare for making the world—and your own life—a little better…” It also means he has to tell his story in random bits, rather than in a straightforward narrative that would have served the reader better.

As a rallying cry, Ditchfield’s book has some thoughtful observations about helping developing countries with a “hand up” instead of a “hand out” and making sure that the third world voices are heard. Despite its awkward structure, the book will inspire readers to want to do their part to become better citizens of the world, so that like Ditchfield, they have an answer to Noel Cunningham’s endless query, “What have you done for the world today?”