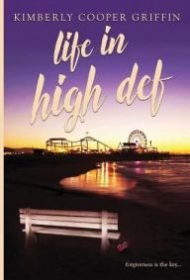 Reilly has a film career that many admire. She started acting very young and quickly rose to celebrity, winning an Academy Award. But in the meantime, she has lost herself in an endless round of parties, drinking, and drugs, encouraged by friends, fans, and even her publicity-hungry mother, Melissa, her manager.

One night, a nightmare begins when Reilly wakes on a bench at the Santa Monica pier surrounded by the flashing lights of police vehicles and a dead man killed by her car lying nearby.

As Reilly struggles to come to terms with the turn her life has taken, she discovers the healing potential of yoga. She meets Drew Tamrin, an exceptional yoga teacher, who helps Reilly understand that people are more than the events of their lives, and that we must forgive ourselves for being less than perfect.

Some of the revelatory passages—as when Drew explains her past to Reilly, or the final television interview where she tells her public about that awful night—drag a bit. And the sudden acceptance by Reilly’s mother of her daughter’s sexuality is a bit too abrupt to ring true. Also, Life in High Def gets off to a bit of a bumpy start. Short, early chapters covering disconnected events in Reilly’s life give the narrative a choppy feel.

But the storytelling soon smoothes out, and readers are irresistibly drawn into Reilly’s efforts to regain control of her life. With skilled pacing, believable dialogue and tasteful love scenes, Life in High Def ultimately delivers a compelling tale. Satisfied readers are sure to eagerly await Griffin’s next book.