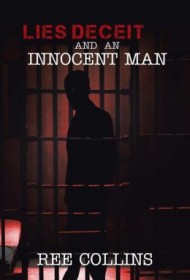 Todd Bainbridge, recently released from jail after having been convicted of his girlfriend Katie’s murder 20 years earlier, faces a new cloud of suspicion as more bodies turn up in this often-difficult suspense novel by Ree Collins.

Early on, readers learn that Todd, a former medical student, had a sparkling reputation while growing up in the small town of Bradford, outside of London. It soon becomes clear that he was framed for Katie’s murder — but by whom? As the body count piles up, the police pursue every connection they can among Todd’s and Katie’s friends and acquaintances in an effort to stop a ruthless killer before he murders more people.

There are suspects aplenty: Todd’s best friend; several other men that Katie, a nursing student, was found to have dated; and nefarious gangsters connected to a sleazy gentlemen’s club and mob hits. As the story unfolds, Katie’s secretive double life before her death emerges, the sordid details surprising Todd and others. Through it all, Todd works to clear his name so that he and new girlfriend Becky can build a life of their own.

As an Agatha Christie-like whodunit, this novel overflows with suspicious characters, subplots, side stories and complexities, stirring into the mix cold cases, continued murders and even a workplace romance within the police department. The characters are descriptively drawn with unique quirks and distinguishing profiles.

Unfortunately, the writing is a mad jumble. Within the same paragraph, conversations between various people in totally different scenes are run together in a confusing and frustrating way, over and over again. The book is rife with grammatical errors and misspelled words. Punctuation is randomly placed. Additionally, far too many consecutive sentences begin with the word “And.”

Overall, while Lies Deceit and an Innocent Man delivers strong and complex story elements with the potential to entice, the perplexing writing style drags the book down to the point where it is virtually unreadable.