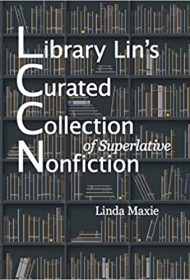 Librarian Linda Maxie scoured best-of and award lists to find her selections, which include biographies and memoirs as well as some canonical literature. She organizes the list by the Dewey Decimal Classification system, which offers the benefit of comprehensiveness, from The Encyclopedia of UFOs (000, General Knowledge) to Savage Harvest: A Tale of Cannibals, Colonialism, and Michael Rockefeller’s Tragic Quest (995: History of New Guinea and Melanesia). Each listing is complemented by a brief synopsis of the book.

The system reflects Dewey’s cultural priorities, so certain topics are well-represented—U.S. history is by far the most populated category—although Maxie attempts to include a diversity of opinions and, where possible, non-Anglocentric perspectives, like Roxanne Dunbar-Ortiz’s An Indigenous Peoples’ History of the United States. But the section 959: History of Southeast Asia, for example, contains only books about the U.S.-sponsored Vietnam war, none about the country itself. Currency is an advantage, as the majority of included titles were published in the last 20 years, but there are also influential classics like Adam Smith’s An Inquiry into the Nature and Causes of the Wealth of Nations, and W.E.B. Du Bois’ The Souls of Black Folk.

Many of the selections are compendiums, like Perfect Party Food, or works of reference themselves, like The Slate Roof Bible or the Encyclopedia of Racism in American Films.

Whether one’s fancy is caught by The Feminist Companion to Literature in English or The People’s Chronology: A Year by Year Record of Human Events from Prehistory to the Present, there’s something here to delight every reader. Maxie’s careful, thoughtful, and thorough work is a paean to the breadth of human knowledge and to the libraries, the “gardens of thought” that foster and preserve it. The only TBR list you’ll ever need.