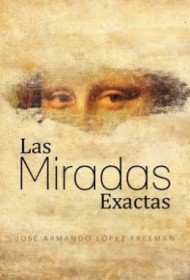 This collection of novelized diary entries recalls the author’s romances or other relationships with women whose names are emblazoned in most chapter headings. During these trips back in time, each woman is portrayed as a secondary character who serves the author’s recollections of their fleeting and sometimes disappointing encounters. Although the book appears to be a novel, it’s not clear what genre it aims to be. In the preface, the author only adds to the confusion: “I would not call them stories or anecdotes or narratives, for me they are merely ways of working memory.”

Composed almost entirely of a running internal monologue by its main character — a Catholic young man from a privileged background with a wandering heart — this book unfortunately fails on some basic levels: the writing is fragmented due to the use of very short paragraphs; the characters are ghost-like apparitions that float in and out of the author’s memories; scenes are furtively described; and the protagonist is self-absorbed in a way that distances the reader.

One is subjected to many rambling entries such as this: “In the end it is necessary to summarize the feelings of each episode marked by a feminine presence, only capable of leaving sediments and recurrent chronicles in a small world on the verge of running out of steam […] I have to pick up their scattered remains, like marbles off the floor as a child, and keep them, utilizing them for my departure luggage.”

Ultimately, the author’s recollections are fuzzy and devoid of real and meaningful conflict, even as he perceived his heart to be repeatedly broken. And though the author has captured said life rather efficiently, the lack of irony results in writing that is so earnest that it comes off as folksy. As such, this book is unlikely to find a wide audience.