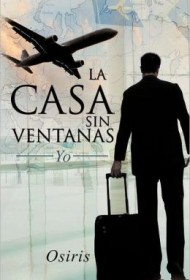 This lightly suspenseful novella is an attempt at utilizing memory, nostalgia, and guilt to uncover the narrator’s role in the unspeakable circumstances that have shattered his family’s tranquility for generations.

Orlando returns to his native (unnamed) country after a 30-year absence precipitated by a sinister crime involving the death of two of his siblings and a close friend. Though he awoke at the scene of the crime, Orlando has no recollection of his role—if any—in the gruesome events. He returns determined to unravel the mysteries surrounding the tragedy that has plagued his upper-class family for generations. But he is now an old man and cannot undertake this investigation alone. Despite the decades of silence between them and a fair degree of mistrust, his younger brother, Esteban, agrees to help him.

Unfortunately, this is a thin plot that is painfully drawn out in laborious scenes that lack adequate pacing, development and insight. The journey back to the ancestral home mentioned in the book’s title is dotted with countless confusing flashbacks, and the introduction of multiple secondary characters who do not play significant roles and whose interactions with the protagonist are minimal serves only to clutter the action. Additionally, the narrative voice inexplicably shifts from omniscient third to first person and back. At times, the narrator even addresses the reader directly.

The story would have been better served to have started on page 32, where the reader gets an immediate and powerful glimpse of the psychological burden Orlando has been carrying, and the devastating event is foreshadowed sufficiently to draw the reader in. As it stands, this is a lackluster read that isn’t likely to appeal to a wide audience.