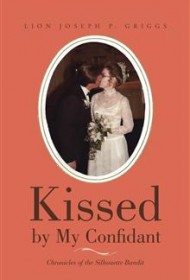 Joseph Griggs’ memoir is as much a paean to his late wife, Rosemary, as it is a recounting of his life.

He wrote the book for several reasons: to let the world know about his love for Rosemary, and as a means of helping recover from a near-fatal case of West Nile virus. (Interestingly, his partner on the project was a 14-year-old family friend, Isabelle Daoud, who became his ghostwriter.)

Griggs was a high school dropout with a bent toward the arts and a love of cooking, an average guy, a restless guy, working on the production line for General Motors. He had two failed marriages by the time he met Rosemary, who ran a community theater in Wyandotte, Mich.

A teacher by profession, Rosemary was beset with health issues, including juvenile rheumatoid arthritis. She was later diagnosed with myasthenia gravis and underwent countless surgeries. Forced to retire from teaching at age 35, she died in 2006 at 55; the last 23 years of her life were spent married to Joseph.

There are several highlights here, including a wonderful recounting of how, upon their discovery that he was dyslexic, Rosemary tutored Griggs so he could go back to school for a high school diploma. But unfortunately, the marriage is covered in only a couple dozen pages, and while what Griggs tells us about this marriage and his overall life is interesting, readers will want more details. (Griggs mentions that he’s had memory problems since his bout with West Nile; perhaps this is the reason for his brevity.)

The book could also use a thorough edit to correct typographical errors (“wit8h”), misspellings  (“scrumcious,” “chicken poppycosh”) and occasional tense and syntax problems.

Kissed by My Confidant is a nice tribute to Rosemary, the recovering Griggs and his young ghostwriter. Although it will appeal mostly to Griggs’ family, he explains his work with Lions Clubs International and may spark readers to further explore the organization.