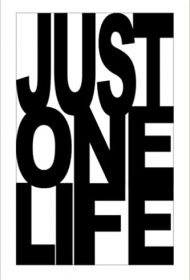 The book opens in another dimension. The “Governors of the Given,” having purchased the rundown Valhalla for a song from the woebegone Norse gods, are now determined to “re-tailor” the future of one human “for the benefit of all.” Their choice? Geoffrey Zukor, “a dry soul now living a dry life,” who is currently sleeping in the Albuquerque airport.

Geoffrey is waiting for his weather-delayed flight home to Los Angeles and dreaming about falling into a dark abyss. He wakes confused and stumbles into a surreal whirlwind which has him bumping into the envoy from Valhalla whom he mistakes for a beggar and entering a restaurant only to be assaulted by its staff members with a flood of strange accusations. “His world was spinning, whirling like a Sandy Koufax curveball,” the narrator tells readers of Geoffrey’s internal churn, a state that continues as Geoffrey eventually boards the plane, which crashes, sending Geoffrey to Cedars-Sinai hospital.

During Geoffrey’s lengthy recovery, readers meet a bizarre cast of characters in equally bizarre situations: His shrewish wife Victoria embarks on a shopping binge to Rome, where she becomes an avenging angel, righting wrongs across the Eternal City. Their withdrawn daughter Charlotte emerges from her shell to help unlock family secrets. Donn, the flight attendant who pulled Geoffrey from the burning plane, reveals the struggles of gay life. Rapper Snoop Dogg makes a guest appearance, as does a Greek Chorus of two elderly Jewish ladies exchanging gossip and complaining about their children.

As Geoffrey transforms into a new man, the novel delivers heady doses of satire aimed at such targets as the hospital (“nothing less than the West Coast’s answer to the Hamptons”), the Southern California lifestyle, Jewish assimilation, psychiatric practices, and more.

Occasionally, readers might find the humor too broad and the story’s events too chaotic, but Cohen writes with finesse, tying the disparate tales together remarkably well. Frequent flashes of humor and pathos keep readers engaged.

Those who appreciate a touch of the absurd will enjoy this rollicking tale, seeded with profound insights throughout.