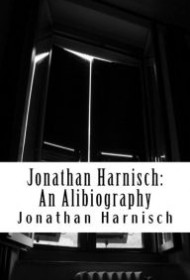 The author of this deeply moving portrait of a schizophrenic is afflicted himself with schizo-affective disorder, Tourette’s Syndrome and a few other things. Jonathan Harnisch even calls himself “the king of mental illness.” Given those obstacles, it’s a wonder he can write anything, much less a semi-autobiographical novel as fiercely intelligent and finely crafted as this one.

First, a caveat: At 803 pages, Harnisch’s cleverly named “alibiography” contains all the repetitions and anomalies you might expect from a writer with serious demons. There’s also some gibberish. Sample: “Make it and makeshift it. Prototype it! Grab it! Snag it!”

Little matter. The protagonist, a disturbed trust-funder named Benjamin J. Schreiber, who has a self-destructive alter ego called Georgie Gust boiling inside his head, may be the most compelling character in the literature of madness since A Beautiful Mind’s John Nash. Unable to cope with dark childhood traumas, reclusive Ben transfers his fears and obsessions to his extroverted creation, Georgie, who falls into the clutches of a cruel sado-masochist lover, Claudia Nesbitt. That means Ben suffers too, of course, and Harnisch’s depictions of inner torment are harrowing. When Ben tries to hang himself, the scene reverberates with authorial knowingness.

Ben descends into drug addiction. He tries to rob a bank in Pasadena. He spends years in a mental ward as “everything I don’t want to be.”  Luckily, he also comes under the care of a gifted psychiatrist, “Dr. C,” who unlocks the secrets of his past and gives Ben hope. All he’s ever dreamed of—what the author obviously wants, too-—is some “seemingly impossible peace of mind, through complete honesty and self-love, by any means necessary.”

For Harnisch, those means seem to have included writing this powerful, heart-wrenching and clearly self-therapeutic book, even though his alter ego, Ben, feels obliged to apologize to the reader “for all the utter confusion, chaos and inconsistencies here within.”  No apology necessary.