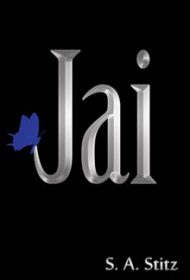 S.A. Stitz weaves together an ambitious array of narrative elements in Jai, a paranormal/action thriller that revels in elements of magic and mysticism even as the story is infused with a gritty, real-world feel.

The story focuses on Jai, a young woman who struggles with a host of very real issues. Abused by tyrannical and perverted family members as a child, Jai spends her formative years on the streets of Macao, picking pockets and surviving through her wits. She finds a new direction in the guise of Jinhai, a mentor and lover who teaches her the ways of martial arts, transcendental meditation and other occult disciplines.

Her training, as well as her relationship, are cut short at a secret temple in the Himalayas, after an invading Chinese army attacks and seemingly leaves Jai as the sole survivor. The opening chapters flip between Jai’s quest to avenge Jinhai’s death and flashbacks of her tough upbringing. Eventually, Jai joins a supernatural guide who sets her on a quest to face an evil threat menacing the future of the entire planet.

The epic consequences of Jai’s quest, as well as her ability to harness paranormal energy as a powerful weapon, offer readers the scope and escape of a good fantasy epic. Stitz sells this aspect with well-researched and fascinating strains, incorporating everything from Buddhist mysticism to ancient martial art forms.

Other facets tend to be more hit-or-miss. Stitz’s prose is clean and the story offers some compelling sequences, but Jai lacks depth, and her quest for spiritual peace and commitment to Buddhist ideals comes side-by-side with graphic violence and sex, which can seem incongruous. What’s more, the frequent and sometimes jarring jumps between her current struggles and difficult upbringing make for some awkward pacing. Conflicting tenses in the narration also prove distracting.

In working to reconcile all of the narrative ingredients here, Stitz sometimes falters. Those who can overlook the issues mentioned, however, will find plenty of compelling action here.