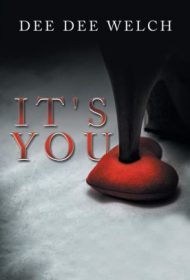 Chiffon Hartwell moves to Chicago from Atlanta to start a new life after discovering that Joshua Abbott, the man she fell in love with, is secretly married. After Chiffon’s father cheated on her mother, she vowed to never be a homewrecker.

Relief is short-lived, however, when Joshua shows up unannounced to a work event as her employer’s new senior partner—a job Joshua has secured to keep tabs on Chiffon. Chiffon reacts negatively to the news, but her best friend, Tam, interferes when she lets Joshua into Chiffon’s apartment the same evening, and Joshua weasels his way back into Chiffon’s life. What ensues is a troublesome tug of war between two contrasting characters.

The relationship between Chiffon and Joshua reads like an instance of Stockholm syndrome as Joshua pursues Chiffon relentlessly; for example, when Joshua approaches Chiffon about having left him, the author writes: “‘Did you think there would be no repercussions and I would allow you to just get away with it?’ He seethed, brow raising.” The novel is a collection of similar instances—a troubling pattern the author attempts to soften with sex scenes that don’t serve to propel the story forward but merely tie the characters together sexually.

The novel suffers from poor editing, as errors of capitalization, incorrect punctuation, typos and misspellings are frequent. For example: “‘You’re right,’” she turned back to fa Ice him.” Repetition is also a problem, with the overuse of words like “Sweetest” (“I apologize Sweetest”; “It’s okay Sweetest”) and “green grays” when describing the hero’s distinct eye color.

It’s You, portrays a dominant/submissive relationship, similar to Fifty Shades of Grey, but unfortunately, it’s much less successful. Overall, the book reads like a first draft—a story with potential, but requiring thorough editing. Romance readers will likely be disappointed with the story as it stands.