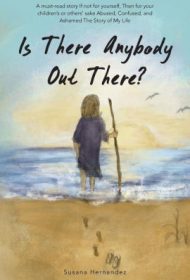 There is cathartic value in finally revealing the years of abuse you experienced in secret.

Still, there’s a fine line between just cataloging your troubles and offering personal insight into a social problem or inspiration on how you found a solution. Susana Hernandez has the first part down– starting with sexual molestation when she was a young child and then decades of physical and emotional abuse by her husband. But the author’s story fails to deliver on the second.

At age 46, Hernandez finally sought counseling, left her marriage and learned to forgive her past tormenters. Her epiphany came when a counselor said her body was the “temple of God” and no one had the right to hurt her. Deeply religious, Hernandez writes that she immediately told her husband she was divorcing him, calling the decision a “piece of cake.”

This seems far too superficial. People can have light-bulb moments, but without more explanation, this complete turnaround fails to jive with the bulk of the book that describes one terrible event after another.

In addition, the writing is jumbled and dispassionate, almost as if she’s reciting her abuse as she would any other daily event. This could be effective: as if childhood molestation and black eyes are merely a given. But readers want context as to why the abuse was so pervasive and why she put up with it for so many years. Were the causes cultural? Economic? Lack of resources and education? We aren’t told.

Finally, the scant advice Hernandez gives is generally too broad to be useful (as in: “…if something similar is happening to you, please remember that you are a child of God and you don’t deserve to be mistreated and abused). Combining this and the lack of insight into her turnaround, the narrative is devoid of illumination or uplift.

In short, Hernandez has the makings of a remarkable and powerful story, but the book requires revision to be effective.