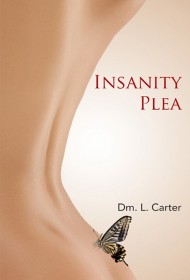 Steamy sex dominates this contemporary thriller about a woman who has never had an orgasm until she encounters a mob hit man who’s tasked with killing her.

Rae Shields lives a well-ordered life. She has to in order to hold back hideous childhood memories of the physical and psychological abuse she suffered at her parents’ hands. At age 24, she holds on to her sanity with humor and an iron will.

One night, having had inept sex for only the third time in her life, she races home. En route she sees men stuffing a bulky object into the trunk of a car. Unfortunately, she stares directly into the face of a mob killer, though she doesn’t know it at the time. Also, unfortunately, Rae’s car hydroplanes and flips over. She wakes to find a dark, mysterious, stranger holding her tenderly. His name is Tyler Blazer, and he’s a mob lawyer who was ordered to make sure she dies, but instead of killing Rae, Tyler commits to protecting her, and as it happens, to loving her.

This first person narrative is superbly written, and with the combined elements of humor, pathos, and violence, the book reads like a hybrid of Janet Evanovich’s Stephanie Plum series, Fifty Shades of Gray, and The Godfather, but on a more modest scale. An example of Rae’s sense of humor: “Truth is, I’ve had sex three times now, and I’m not the least bit impressed with it. I’ve never felt anything even remotely similar to an orgasm. Maybe it’s broken?”

What’s missing is a sense of place, since the author doesn’t explicitly tell us the story’s setting, though it would appear the venue is somewhere in Arkansas. In the end, however, Rae carries the novel from a very funny start to its thrilling conclusion.