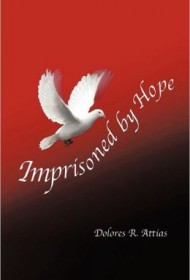 Set in the late 1950s, this romance novel tells the story of Elena, a Cuban immigrant looking for love and a fulfilling life in New York City.

Elena has left behind a broken marriage and abusive husband and now works in a hair salon that she eventually buys. Roberto is the love of her life, a man who mostly showers her with gifts and rapt attention but occasionally rages and is manipulative and controlling. Roberto also is keeping a big secret from Elena, a devout Catholic: the fact that he is Jewish. And he hides a darker secret that could undermine their relationship.

The book begins with promise and ample description, though absent the steamy, titillating scenes that are the draw of most of today’s romance novels. Elena is sympathetically drawn, and the plot offers ample potential for dramatic action as the story progresses. Unfortunately, while author Dolores R. Attias drops enticing breadcrumbs in all directions, she fails to develop most of the side action, deflating the book’s emotional resonance. In addition, she occasionally paints clichéd scenes, such as a carriage ride after dinner around Central Park under a full moon. There are some issues with word misspellings, as well.

Attias, a native of Cuba, does capture the era well, mentioning details such as Mary Martin’s performance in South Pacific and references to Hedy Lamar. She also authenticates Elena’s heritage by sprinkling in Spanish phrases. (However, none of these are translated, leaving readers unfamiliar with the language a bit in the dark.)

Overall, while this novel may appeal to more chaste fans of the romance genre and perhaps to immigrants who share a similar background, it isn’t likely to draw a wide audience in its present, tepid form.