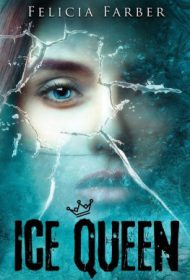 Felicia Farber’s young adult novel, Ice Queen, is a dynamic, cautionary story about high school popularity and ostracism, friendship and animosity, and the consequences of bullying and cyberbullying.

At Westberry High School, Krystal, the titular Ice Queen, decides who is popular and who isn’t. She and her devotees are Class A elites, as is David, her boyfriend and captain of the hockey team. Blair, the novel’s 16-year-old plucky protagonist, and her friends are Class C “bottom-dwelling loser[s].”

Krystal‘s bullying put-downs began freshman year, and they haven’t ceased. Now, at the end of the students’ junior year, Krystal’s tyranny takes a dangerous turn when Blair and David become friends, causing Krystal and David to break up. As Blair’s feelings for David intensify, she’s skeptical a Class A superstar would date a Class C reject. Blair wonders: Is David planning a mortifying prank? Should she trust his loving genuineness?

Without warning, on the first day of senior year, Blair and David are arrested and charged with possession of child pornography and felony sexting. If convicted, they face 30 years in prison. Knowing she hasn’t engaged in lascivious behavior, Blair fears David has set her up. With her college-bound future and relationship in doubt, Blair, along with family and friends, rush to prove her innocence and unmask the perpetrator, even as new cyberattacks threaten.

Farber’s novel is suspenseful and urgent and skillfully captures the dichotomy between people behaving badly and people living decently. The characters—both likable and detestable—are well-conceived, and the finely wrought highs and lows of teenage life and the legal peril the characters confront in these modern times are formative. This is especially true for Blair, who rises to her best self despite intimidation.

A highly engaging narrative, Ice Queen resonates as it illustrates how teenagers, immersed in digital technology and social media, risk having their digital behavior criminalized. As an added bonus, Farber includes discussion questions to help facilitate family conversations on this timely topic.