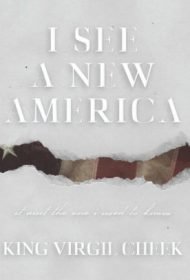 King Virgil Creek’s novel is the story of a young African American man trying to make sense of a racist world in the turbulent 1960s.

Royal Finley is a University of Chicago grad student when he meets Nadine Miles, new to campus for the Summer Study Program. The attraction is instant, the emotional connection deep. But Nadine is white and their interracial relationship triggers strong reactions from all sides. Nadine’s supposedly liberal parents are “shocked and stunned.” By contrast, Royal reports that his father will “rejoice,” seeing it as “a conquest — a triumph.” Most of their friends are unsupportive, derisive even.

But their relationship hits a different hurdle when Royal discovers he can’t maintain an erection. His impotence becomes a source of speculation for himself and friends he confides in regarding his true feelings about relations with a white woman. This sets in motion a question that carries through to the end.

This is a strong plot with an abundance of detail about the Civil Rights movement and past political and social struggles. The characters are interesting and generally intelligent. But the tale is undermined by several flaws.

First, rather than hold natural-sounding conversations, the characters often deliver mini-speeches on lofty topics, such as race and morality, which renders the narrative more didactic than dynamic. Likewise, characters are frequently lost in thoughts that seem stilted. For example, after a discussion with his father about personal responsibility, Royal muses: “’ I now understand why I have a higher social and moral duty, which stems from my Negroid ethnicity.’”

The constant time shift from past to present can be disorienting and the language overwrought, such as when Royal wipes a tear from Nadine’s face “and put it to his lips to taste the nectar of her eyes.”

Finally, the ending runs counter to the moral man Royal is reported to be.

Such issues make the story a challenging read—one likely to have limited appeal without revision.