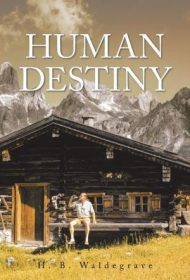 The story opens in another dimension as a learned council debates the wisdom of teleporting a representative across space and time to rescue humanity from itself. It then shifts to the Australian Outback near the dawn of the 20th century and an ancient Aboriginal wise man preparing to greet “the first Spirit Man-child since the Dreamtime,” a son just born to Bill and Martha Watson, recent immigrants to the rugged territory. Both are unsuspecting of the fate destiny has thrust upon them and their newborn son.

Gradually, Charlie uncovers his unearthly powers, beginning with suggestions of mental telepathy when scarcely more than two months old. Walking and talking at the age of one, he begins bringing things his parents want without being asked and appearing before being called. Later, he communicates without words with his Aborigine friends and animals, displays an ability to read minds, move objects, freeze others in their tracks, teleport himself, and heal a friend’s broken leg without touching her.

These incidents are impressive, but readers will wonder what they have to do with his mission to save humanity. Not much, it turns out. On a brief return to his origins, he reports bleakly: “If ever a civilisation was headed in the wrong direction this one is.” What’s to be done? The novel ends with a vague, deeply unsatisfying cop-out: “But the next phase of this story, is yet to be another story.”

In addition to this utterly disappointing conclusion, the story is marred by significant copyediting issues, including run-on sentences, typos, and inappropriate punctuation and capitalization.

What somewhat rescues the novel is its moving portrait of the Outback’s Aboriginal people and their ability to overcome hardships from an unforgiving environment and ever-encroaching white settlers. Some readers might find that this redeems the story, but most will wish for a more polished offering with a definitive ending.