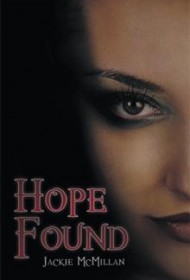 This paranormal fantasy revolves around a woman who becomes entangled in a potentially apocalyptic clash between vampires and shifters after she realizes that she is at the center of an ancient prophecy.

Jenna McCloud, 28, lives alone and has few close friends. Severe headaches have been increasingly plaguing her, but she writes them off to the stress of changing jobs. Meanwhile, vampire Alexandru Valek is mourning the loss of his father and everything that his death entails. Being the last of the family’s bloodline means that although Alex is officially the head of the vampire race, his grip is tenuous at best; a growing faction wants to wrest that control from him. To complicate matters, shifters (believed to be extinct) have reappeared and are plotting to annihilate the bloodsuckers once and for all. Connecting the realistic and fantasy storylines is a prophecy stating that Jenna is essentially a “savior” who can somehow save the vampire, shifter, and human races.

The premise offers the potential for an entertaining read, but several flaws sabotage its promise. Errors in writing mechanics (tense issues, awkwardly constructed sentences, etc.) create a decidedly inconsistent reading experience — something that might have been overlooked if the storyline weren’t lacking in three integral elements: pacing, character development, and world building. The story takes far too long to unfold. There is no immediacy, no tension. The characters are barely described, both physically and psychologically, creating a detached, emotionless story. And the world building is equally nonexistent; there is no sense of place—very little focus on description at all, in fact—which gives the entire story a cardboard, unfinished feel.

For a novel to succeed in today’s market — particularly in a genre category that’s been explored to death — it needs to be both well written and innovative. Unfortunately, this debut novel is neither. Revisions are suggested in order to flesh out the story and connect with readers on a deeper level.