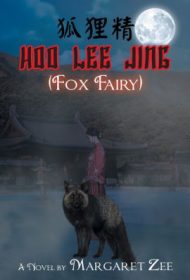 Eve, an American raised in China, establishes a boarding house in an old Peking palace, rumored to be haunted by a magical half-woman, half-fox creature, called the fox fairy. As the story unfolds, renters come together, share stories, become friends, and fall in and out of love.

Eve, the central character, is fascinated by Chinese culture and history, but China is on the cusp of change. As communists gather and rumors spread that an uprising is imminent, Eve and her friends are forced to reconcile their vision of historical China with the China of the future. Against this historical backdrop is Eve’s own search for her identity: Is she the struggling woman of her past? Or the assured woman she sees in her future? Her vacillation between the two echoes the transformation of the magical fox fairy that so fascinates her, a creature that transmogrifies from a fox into a woman and back again.

The novel shines in its exposition and lush, atmospheric description: “Around the walls of the court, where trees clustered and the rockery loomed, shadows thickened into obscurity.” But it struggles with character development. Although Eve clearly experiences change by the conclusion, the alteration is explained, not shown. This results in Eve remaining at a frustrating distance. The characters that are the most fascinating—such as Beatrice Beaumont a beautiful woman and talented writer—live at the edge of the story.

The plot stays just out of reach, too. The novel is heavy on premise—characters in a decaying Peking palace coming together during approaching societal change—but light on structure. Just as the individual character arcs fail to crystallize, so too does the story arc.

These shortcomings will prove offputting for many readers. Still, those interested in Peking on the cusp of revolution may find rewards here.