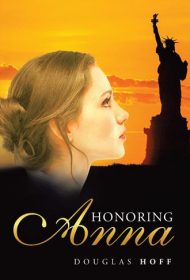 The author labels his narrative a “novel,” but it reads more like creative nonfiction and is based on the life of his wife’s grandparents. This volume begins where the last left off: after Anna had immigrated to America from Norway, married a man named Iver and had their first child. Hoff uses personal letters and journal entries from his wife’s family to lend authenticity to this account.

The narrative focuses on how Anna and her family survive extreme weather conditions, protect livestock from wolves, tame wild horses, raise crops and children. Hoff depicts Anna as humble, resilient (surviving the loss of six stillborn babies), caring (feeding “bums” during the Depression as they crisscrossed the country looking for work), and courageous (fighting off wolves to protect the livestock).

Throughout, Hoff employs creative metaphors and images to bring scenes alive: “. . . the beast that was winter would morph into the beauty that was spring”; “Fighting Mother Nature by trying to calve too early was, as Anna stated, as difficult as finding a good lutefisk in South Dakota.”

The author’s inclusion of vivid detail allows readers to understand hardships of prairie life; for example, during a particularly harsh winter, one of the family’s favorite wild mustangs was found “standing there frozen solid, as if even in death she was still keeping watch over her herd.” The only flaw is the dialogue, which is often stilted and unnatural.

Overall, however, readers will enjoy watching Anna’s tale and the seasons unfold together, as the rhythm of the prairie “ebbed and flowed like the great ocean tides.” The story is informative about the era and setting and appropriate for readers young and old.