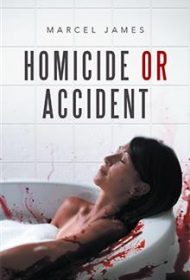 A retired military man falsely suspected of killing his deceased comrade’s wife struggles to pinpoint the true culprit before being pinned to more murders in this ambitious, if somewhat underpowered murder mystery.

Col. Ian Wallace is shocked to learn his widowed friend Marcia was found dead in the bathtub of her London home. Soon, more wives of military men turn up dead through a similar modus operandi in Gettysburg, Pa. and New York, all places where Ian had recently traveled.

Ian strives to prove his innocence as even his cancer-ridden wife questions his involvement. Meanwhile, Detective Chief Inspector Brian Scranton probes tiny clues left at the death scenes to determine if Ian or perhaps one of two other military men may have done the deeds.

This imaginative novel delivers richly alive characters with depth and intensity. Ian, for example, emerges as a man who has tangible fears, deep concern for others, and the ability to off-handedly coin phrases from Shakespeare and Wordsworth or expound upon the history of Scottish clans. The author also exhibits a good ear for authentic dialogue.

However, while the plot has appropriate clues and twists and generally strong writing, it suffers predominantly from a lack of narrative tension. The reader hears much chatter about many events, but never gets to visibly witness those tension-filled moments up close and personal, which detracts from their power.

In addition, although the author enjoys sharing his apparent deep historical knowledge (such as in details of pole-arms, muskets, and Lochaber axes at Scotland’s Inverary Castle), the information has no part in moving the plot forward, instead bogging down the pages as a distraction.

Nonetheless, this is an often-engaging first novel. With some tweaking, it shows strong potential to delight armchair murder mystery fans.