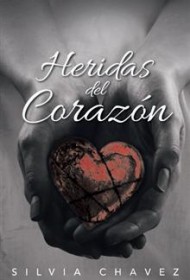 Heridas del corazón recounts the author’s life story, one that has been full of troubles, fears, and pain that she has been able to endure thanks to her faith. Offered in disjointed anecdotes told in the third person, the narrative appears at first to be fiction, but turns out to be an autobiography, although one doesn’t discover this until the end.

Silvia begins her tale before her own birth, recounting stories about her mother, who was orphaned when she was an infant and never knew warmth or love in the orphanage. Silvia seems to follow in her mother’s footsteps in terms of suffering, although she is happy until she is seven years old, at which time Silvia feels herself being observed; the observer turns out to be her grandfather, who abuses her (she never explains if this abuse was sexual). When she is ten, a man attacks her and almost strangles her to death. Other chapters relate further unpleasant episodes.

Silvia also has visions starting from an early age of an unknown little girl who suffers, a girl who in some fashion seems to accompany her. Sometimes she also sees a white house (like the White House in Washington), and she feels the need to paint what she “sees.”

The author shares with us her simplicity, her faith in a higher being that watches over her, and her concern for those who suffer. These sad recountings move us toward empathy.

Nonetheless, this book has many problems. It’s confusing as to whether it is fiction or memoir, and the events described are not adequately connected; characters appear on and off stage so quickly that we don’t get any feeling for who they are. In addition, there are numerous grammatical errors.

As a result, this story — despite its moral of difficulties overcome through generosity and the belief in a higher being — is unlikely to engage a wide audience.