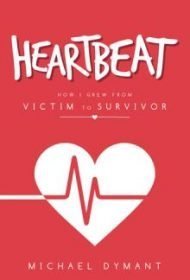 Having something go wrong during surgery is like having a nightmare double in length. Author Michael Dymant had just such an experience—a mini-stroke that compromised his vision along with hallucinations brought on by the anesthesia—and needed yet another operation. His memoir describes his journey in therapy and how it helped him feel safe again.

Dymant’s first operation was to repair an abdominal aortic aneurysm (spelled “aneurism” throughout). After the operation’s unexpected side effects, he was forced to tackle his understandable fears of surgery head on—as two more aneurysms needed surgical repair.

With the assistance of a psychotherapist willing to treat him at home while he recovered, Dymant discusses the two weeks of hallucinations and paranoia he suffered. He also delves into numerous petty and more serious grievances about the quality of his care, alternately making reflexive jokes—when the therapist shows up at his home he says, “Pizza delivery is one thing, but therapy?”—or crying copiously. He’s encouraged to write down what he remembers and read it back in session, and he’s able to purge much of his anger, sorrow, and fear, enabling him to approach his next operation with a healthy attitude.

Dymant writes with easy humor. He’s frequently mad at and short with hospital staff during his first stay, but much more appreciative later. He and his wife attend a Reform synagogue that he had previously derided as goofy, but he describes sobbing through a service one day and his wife calmly observing, “You were quite vulnerable back there,” bringing on a second flood of tears. Descriptions of her fierce advocacy in the hospital are engaging as well.

One drawback is that the author reproduces some free-writing he did in therapy in a tiny, cursive font that is hard to read. But otherwise, this is a fast, funny and tender story. Anyone preparing for or recovering from surgery should find Dymant’s short book easy to relate to.