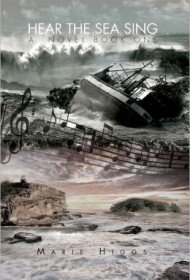 Set presumably in the 19th century, this somewhat predictable fantasy novel opens to a shipwreck that casts the sole survivor, David Jovane, an English missionary’s helper, on the shores of an uncharted island. Rescued by the inhabitants, he finds himself with a tribe of tranquil people who soon raise him to a special status, seeking his advice, listening to his stories, sharing their customs and eventually making him a full member of the community.

Soon, he discovers there is more to this world he has fallen into than peace and harmony. Years before, the tribe had split, and members wishing to continue “the old ways” (including human sacrifice) departed for a neighboring island where they remained under the aegis of their witch doctor and an equally sinister tribal councilor. An uneasy tension between the two groups has held sway ever since.

Of course, it can’t last. David finds himself and the peace-loving islanders thrust into a world of plots and counter-plots threatening violent disruption of their way of life. There is also a love triangle existing solely in the mind of a scheming woman bent on revenge. Then come deaths, spying, banishments and several resorts to magic before resolution and a return to calm.

What lifts the novel above the ordinary of the genre is the author’s treatment of the divine. Although David is a Christian and the islanders worship a whole phalanx of gods, the two belief systems are never in conflict. Instead, as the tribal leader observes, “Your God and my Gods work well together.” Indeed they do for now, though calling this volume Book One, combined with David’s enduring faith and the willingness of others to embrace it, suggests that unity will not last forever.

Although more of this interaction between deities would be welcome, the novel is solidly written and cleverly plotted. While not breaking much new ground, it should appeal to enthusiasts of both fantasy and adventure.