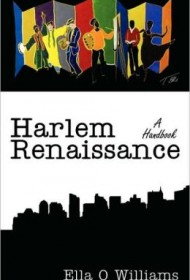 In compiling this work, the author seeks to present a concise reference of the African American cultural movement centered in the 1920’s Manhattan neighborhood of Harlem, a movement that included novelists, poets, playwrights and artists.

Intended for students of black cultural history, the book first recaps the terms associated with the movement, including “New Negro” (the term coined by Alain Locke to identify the new generation of intellectuals), as well as a description of the various periodicals used to disseminate this new current of creativity, Including The Crisis (begun by W.E.B Dubois) and Opportunity (published by the National Urban League as a sociological journal devoted to the emerging field of African American studies). Subsequent chapters provide an historical outline of the movement, followed by brief biographies of leading figures and a chronology that includes key cultural developments as well as relevant news events.

While intended as a reference, a thorough reading of the book can be highly instructive to those unfamiliar with the Harlem Renaissance. Of particular note is the involvement of leading figures in the struggle for civil rights, including the Niagara Movement, a school that demanded full equality with whites; this was the precursor to the NAACP and was championed by Dubois.

The book suffers from several flaws, however. The first two chapters read like a series of encyclopedia articles linked one to the next and may make for difficult reading for the casual layperson. While the collection of biographies that make up the third chapter are delivered in a more organized manner, they read like a dry listing of achievements, rather than a lively and engaging narrative. More stylistic flair would have helped the text immeasurably.

Readers who attempt to read Harlem Renaissance cover to cover may find it rough going, but as a quick reference, it should prove handy; this is a book that is best read with a highlighter and notepad at the ready.