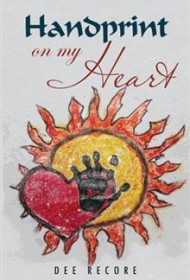 A bad news phone call sets this novel of friendship in motion, bringing two old friends together to endure the long, tortured wait by a third friend’s bedside. In the hospital, they catch up, share memories, and struggle to do right by their dying friend.

Twenty-nine-year-old journalist Caroline Carmichael is tucking into bed when she learns friend Charlotte Mack is in critical condition after being struck on her motorcycle by a drunk driver. Caroline rushes to the hospital, then immediately tracks down the third member of this trio, Annie Ashcroft, a 29-year-old actress.

The bedside vigil begins, as does their story of friendship, told through conversation and flashbacks. The friendship is born when the two are teens and abandoned at a party by other friends. As they get to know each other over a backyard bonfire, onto the scene comes Charlotte, or “C-Mack,” a daring, 41-year-old who rides a Harley and is a motivational speaker, That night, Charlotte shares the story of the loss of her lover: “We were half way up the mountain when the weather changed dramatically. The temperature dropped quickly…We knew we had to make a decision, but … well … we made the wrong one.” When she finishes, all three are in tears, their bond set.

Handprint on my Heart can be an enjoyable read. The main characters are well developed and likeable; their friendship is genuine and realistic. Unfortunately, the novel is marred by poor technique. Rarely is anything merely “said”; instead, it is “said strongly” or “said jokingly.” More often, dialogue is “stated” — “honestly stated” or “stated with a worried tone,” etc. Such overuse of adverbs weakens the writing elsewhere, as well. On several occasions, the point of view seems to shift, which can be jarring.

Author Dee Recore ends her plot with “To Be Continued.” If so, she would be wise to polish an otherwise pleasant style that will especially appeal to women readers.