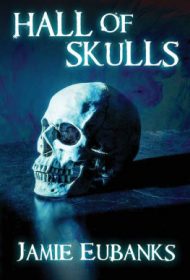 This science fiction adventure tale with a romantic twist delivers a labyrinthine plot that will delight readers who enjoy following a hero figure on a complicated quest.

Koa Kai is chosen to become Captain of the Mokuteki people, take leadership of the planet Churi, and literally occupy the Tei Tog—“the [golden] captain’s seat named after the legendary captain who had reigned millennia ago.” But first, he must prove himself worthy of this great honor by undergoing a torturous series of trials called “the Kezrado.”

His winding quest through portals of space and time takes him to other eras on both his own and alien planets, to the period of the legendary Tei Tog himself, for whom the great chair is named, and even to the world of the Thrakens, alien invaders who had nearly conquered his world 2,000 years before.

Various events of the present become entwined with the past worlds of the Mokuteki and Thrakens, and Koa Kai must not only avoid being trapped in temporal and physical locations, he must also rescue his betrothed, Asher, who has been abducted as part of the challenge, and taken to the Thrakens. While attempting to return both himself and Asher to Churi, he must also observe all the laws of the ritualized Kezrado, or face humiliation when—and if—he manages to return.

This is a markedly clever story, with excellent characterization and an utterly believable time travel milieu. The careful, deliberate pacing, instead of a speed-driven high-adventure writing style, serves the narrative well by weaving the complexities of time travel and a multilayered plot into the story at a pace readers can absorb, while dropping hints about what may come. And a stunning ending will inspire readers to review the book to see where the author left clues they might have missed the first time around.

In all, science fiction fans will savor this plot-driven, romantic adventure that ushers them seamlessly through time and space.