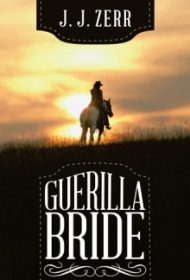 This action-packed novel tells the story of Emerson Sharp, a farmer’s son in the 1860s who leaves his father’s controlling presence for a wandering life along the edges of the Civil War, becoming a gambler, horse racer, and unwilling guerilla fighter

The story begins in Indiana with 18-year-old Emerson working on the family farm, his father making every decision in the young man’s life. He rebels when his father orders him to marry a neighbor’s daughter, and enjoys a romance with a beautiful girl. When the girl’s brothers discover it, he is forced to kill them in self-defense and go on the run.

Emerson learns how to survive when he meets gambler Weakes Daley. They become partners, with Daley teaching the young man to speak more sophisticatedly. Unfortunately, Daley dies in a shoot-out, and Emerson befriends a guerilla fighter, reluctantly getting involved in the fight between rival gangs of Confederate and Union sympathizers. With innocent people caught in the fighting, Emerson finds himself a fugitive again, relying on his wits, guns, and horse.

The novel details Emerson’s education into surviving in a violent world, It’s a suspenseful read with an easy style, many action scenes, and a thoughtful, sympathetic main character. Emerson’s killing weighs heavily on his mind, and he frequently reflects on his life, many times speaking to his horse. The violence, while frequent and realistic, is not graphic. In between the action, fascinating historical details depict, for instance, the way to safely handle various firearms, and the history of the guerilla groups.

The only major criticism is that the story ends abruptly—as a new plot twist begins. This disappointment aside,  Guerilla Bride is a lively, engaging novel; readers of adventure and historical fiction will find much to enjoy in these pages.