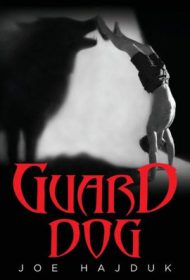 Gus Shepard has never tried very hard to be successful, but even half-hearted efforts have yielded a comfortable life. At 32, Shepard is relatively happy as a tech whiz at a biotechnology company, and he’s content with his house, girlfriend and family.

Shepard’s humdrum lifestyle transforms fundamentally after he meets a mysterious vendor at a local flea market who offers him a new pet. Despite his misgivings, Shepard takes the dog, an impressive animal who gives up his life in a car accident to save his master’s and, as it turns out, imbue him with impressive powers.

Readers learn that the animal is a “god dog,” a spirit guardian sent by the gods to help Shepard realize his true potential. After the dog’s death, Shepard receives the animal’s powers, including super strength, super speed and heightened awareness. Shepard also discovers that his father received similar powers from a different god dog as he escaped from the Korean peninsula before Shepard’s birth.

Discovering an evil plot centered in his own company, Shepard draws on his newfound powers, to stop a scheme that would put human lives and spirits at risk.

Hajduk’s style is simple and straightforward. The story unfolds with the directness of an action film; his protagonist delivers lines worthy of a vintage Schwarzenegger flick (“Olé!” Gus says before laying an assailant flat with a flying roundhouse kick to his head), and the book’s one-dimensional stock villains feel similarly cinematic. At 221 pages, there’s hardly room for deep characterization or subtle plot development. The author keeps the pace fast and the intrigue simple.

The result is an unpretentious action story that advances smoothly and yields some genuinely exciting moments. While readers looking for a nuanced, layered tale will want more, action fans are apt to find glints of promise and moments of enjoyment in this cleanly written debut.