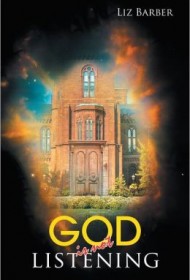 Sixteen-year old Catholic Aingeal Murphy takes refuge in her town’s workhouse once her father kicks her out after discovering she is pregnant. At the workhouse, Aingeal must adjust to spartan conditions, curtailed freedoms, and demands for Anglicization imposed by its Protestant leaders. She refuses, however, to abide by the required forced separation of mother and child.

After her daughter Sibeal is born, Aingeal surreptitiously keeps an eye on her for years and eventually makes contact. In time, their secret is discovered but the two evade punishment when Aingeal gets word of their predicament to Sibeal’s father. Now married and learning for the first time of his nine-year-old child, he keeps his distance while providing for their resettlement in town.

Their new life holds promise but is no fairy tale amid heightening conflict between religious and political factions as British rule tightens. In the meantime, Sibeal’s friend Johnny escapes workhouse life by boarding a ship bound for Quebec, where he is adopted by an English couple on board that is immigrating to Canada. He later becomes a doctor who sets off for the American South, getting caught up in skirmishes that take place there during the War of 1812.

Barber ably summarizes key historical events that form the backdrop of both stories and excels in dialogue that brings the main characters to life. Her accounts of events are layered, making the story credible and compelling. Though the saga depicts hardship, emotional strength and love abound. As Aingeal’s faith is tested, she nonetheless acknowledges, “All this weeping gets me nowhere to be sure. I must take comfort where I can.”

The book could have used a more thorough copyedit, and the ending lacks the strong dramatic punch that accentuates much of the story, but these are minor issues. Overall, this is an ambitious historical novel recommended for Irish history buffs.