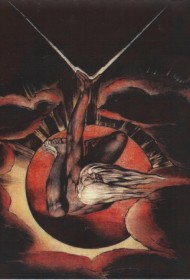 In this extended essay, author Highby proposes that the reason why planet Earth is in such dire straits environmentally is because of the anti-nature message that Christianity’s leading theologians promulgated during the early years of the Church’s formation. For example, the author argues that early Christian leaders put less emphasis on Jesus’ message of social justice and more on a belief in eschatology, or End Times. Who needs to take care of the Earth when it’s going to be destroyed in the Second Coming?

Highby is a passionate writer with a compelling argument, and she has a grip on the underbelly of Christian history. It is clear that she has done her research. However, she is most effective when presenting facts, allowing the record to incriminate itself and less so when her argument becomes emotional, and at times, pejorative. Most curious is her repetitive use of the word “scary,” which seems oddly out of place in what is generally an intelligent and sophisticated argument. In these cases, it’s hard to tell if Highby is being serious or trying to make a joke. The word choice ultimately serves to weaken her case. Moreover, her use of sources seems a bit unbalanced, at times giving equal weight to the head librarian of Iliff School of Theology and the likes of St. Augustine.

Overall, this is a mixed effort. Highby shows much potential but needs to refine her writing style in order for her ideas to have greater impact.