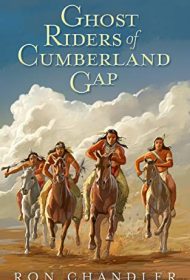 While sitting in waiting rooms as his cancer treatments loom, Colter Taylor discovers he has an amazing facility for languages. Thus, he speaks with Dr. Lin, his oncologist, in Mandarin and has also mastered Greek, Latin and Hindi. He can pick up any language almost overnight.

Colter has spent much of his life undergoing chemotherapy and with other disabled young people at a special camp. No wonder he and his two friends, Dimitri, a paralysis victim, and the rebellious Lily, are ready for adventure. The opportunity arises when he walks through a time portal between two rocks in rural Virginia and finds himself surrounded by the Monacan Indian tribe in the early 18th century. Due to his language talent, communication is no problem.

As the story unfolds, Colter takes his friends back and forth with him on subsequent trips to the past. The group helps prevent a war between the Indians and white settlers (who might be the youngsters’ ancestors). Then, just as Colter discovers romance with Hummingbird, the chief’s daughter, the book ends abruptly, making a sequel likely.

While a fun premise, the story suffers from some flaws. Most important is a lack of consistency. The teens’ health improves somewhat in the past, but it’s unclear if the effects remain when they return to the present. It’s also uncertain if time passes at the same rate on both sides of the portal; Colter and his friends are gone for days at a time, but no one seems to notice. In addition, the dialogue, especially among the settlers, doesn’t always ring true.

Obviously, Chandler wants to convey the idea that disabilities shouldn’t quell the spirits of young people. This is certainly a positive message, but improved dialogue and clarity would elevate any future installments.