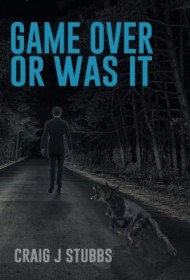 A memoir detailing a mental breakdown that stems from corporate malfeasance sounds like a Grisham-like page turner of the first order. Game Over or Was It deals with depression and workplace troubles, but author Craig J. Stubbs never connects the dots of his story into a coherent and captivating whole.

Stubbs took a job as CEO of an Australian financial corporation that ended up at the center of a lawsuit against some members. The stress of the position caused him to begin breaking down mentally; he sought help and was briefly hospitalized. A dispute with his insurance company led to his filing (and winning) a multi-million dollar lawsuit, enabling him to retire at 50 as fully disabled.

The merits of Stubbs’ case are not for readers to judge. His prose, however, is fair game, and unfortunately it leaves much to be desired. Stubbs offers no simple explanation of his duties as CEO or why he so suddenly slides into gloom. He points fingers at particular colleagues and takes pains to proclaim his innocence, but never clarifies what the “wrong” in question is. In addition, the text is cluttered with acronyms that are also repeatedly spelled out and chapters that end with italicized emphasis (“When will this end?”) — both of which quickly become tiresome.

Inclusion of a “mood diary” offers little useful insight into Stubbs’ therapy, and his sharing of stories about the people he met while in the hospital feels tacked on and exploitative. Overuse of single quotes for ’emphasis’ gives much of the book a sarcastic feel.

Stubbs signed a nondisclosure agreement as a term of his lawsuit’s conclusion; one wonders if writing a memoir that makes no attempt to disguise the names of those involved will be looked upon kindly by his insurers. While one can feel sympathy toward the author’s struggle, Game Over has little to offer those suffering from mental illness or readers interested in corporate intrigue. As such, its appeal will be limited.